New EP by Keith Jenkins And The Moving Parts Out Now!

on 26 May
The debut release by Keith Jenkins And The Moving Parts is available. Make sure to stop by your favorite Columbus record store or online MP3 site to get your copy! 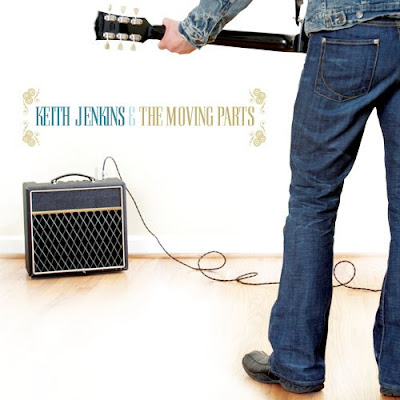 After a decade of performing and honing his understanding of music by working as a member of various rock bands, singer/songwriter/guitarist Keith Jenkins finally decided it was time to put the pieces together and create something completely unique to himself, The result has been a heartfelt body of work, full of honest lyrics and an appreciation for memorable hooks.

Keith has been a part of the Columbus, Ohio music scene for years, currently as a member of The Stepford Five, and formerly the lead guitarist of The Last Hotel. Ultimately, the two bands were different but shared the same excitement for melding musical ideas - one through the energy and complexity of big guitars and the other through simple melodies and pretty harmonies. The combination of the two provided Jenkins with the inspiration he needed to pursue his own songs.

Over the past year, Jenkins made good use of some free time and newly purchased computer software to lay his ideas down entirely on his own. It’s a route that more and more independent songwriters are taking, as home recording becomes more user-friendly and professional sounding.

“After being in a band environment for the last ten years or so I felt it was finally time to try and do something completely on my own,” Keith explained. “I wanted the songs to be released exactly as I'd intended them to be, rather than how the band may have interpreted them.”

His backing band, The Moving Parts, has since become a revolving door of local musicians summoned to animate the solo material.

“To be completely honest,” Keith said, “I've always appreciated having input from my bandmates or a producer. I am not a recording engineer by any stretch, but with the technology that is so readily available I felt like it was time to take advantage of it and see what I could come out within the end.”

Doing it all in the comfort of his own home and the relaxed pace of a personal computer, making it a venture that provided the patience he needed.

“One good thing about recording on your own is that it takes any pressure away,” he said. “You are now on your own time and can redo takes until they are perfect rather than settling because you are running out of money and studio time. Plus it's quite a sense of accomplishment to listen to a song and know that you crafted it and recorded it from start to finish.”

Keith Jenkins & The Moving Parts self-titled debut EP is the fruits of these seasoned skills and advances in home recording technology. From the acoustic mid-tempo jangle of ‘Just For The Record’ to the propulsive pop of ‘Golden Ages,’ the EP showcases both the continuation of a constantly evolving career and the start of a new and exciting new direction.