on 01 August
Issue #56 of The Big Takeover was recently published, and none other than Jack Rabid himself wrote up the Workbook Studio 25 Hour Grand Prix compilation. Here it is:

Here's the idea: Take 25 Columbus, OH-area bands, give them each an hour to record a song with one of five alternating engineers, and finish a 25-band compilation in 25 hours over October 15 & 16, 2004.  If the compilers hadn't told you the background, though, you'd be none the wise, as Workbook Studio betrays not one scintilla of being a rush job.  It's hard to sum up so many artists quickly, but the smashing, intense post-punk of such bands as House of Heroes, TUML, Pretty Mighty Mighty, Semisextile, Mors Ontologica, and the two best tracks by the only two bands I knew, Miranda Sound and The Stepford Five, are a good way to grab attention. Some folk falls flat, a couple of women badly oversing, and there's some punk-funk-junk I can do without, but overall, this is a revealing document of something only the locals knew existed. 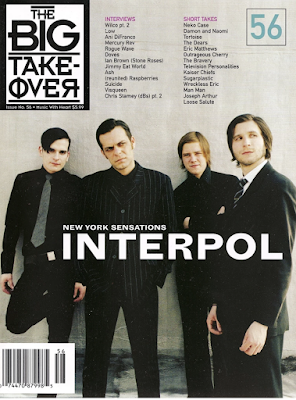