on 27 April
Pretty Mighty Mighty singer/guitarist and Workbook Studio co-owner Jon Chinn's album is out today! We're incredibly excited to share this release with the world.

I Can’t Believe You Live Like That is the debut solo release from Pretty Mighty Mighty frontman and multi-instrumentalist Jon Chinn.

The bulk of I Can’t Believe You Live Like That was laid to tape late at night, early in the morning, or whenever a free moment of time at Workbook would allow, with the majority completed during the Summer and Fall of 2003. Guest musicians from a number of Columbus-area bands (Miranda Sound, Tiara, Templeton) are strewn throughout, adding to the melodic textures found on tracks like “Lying Through Your Teeth” and “Kings Horses.”

Jon will be touring in support of I Can’t Believe You Live Like That throughout the year, as well as working on a new studio record with Pretty Mighty Mighty. 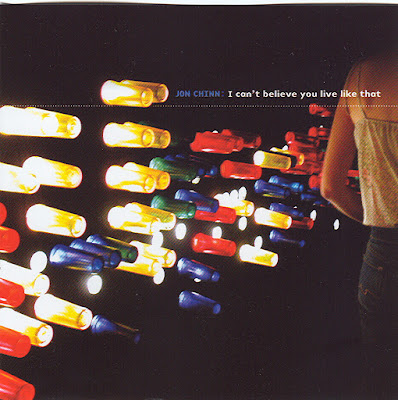